An Art Idea I Have Wanted To Paint For Years

Have you ever had an art idea that just sat in your mind patiently waiting to be used?

But you never quite got around to painting it.

Well, that’s what this is all about.

An art idea that started as a photograph I took almost exactly four years ago.

During my wife’s and my very first visit to Montpellier, France.

Out walking one evening...

I was totally charmed by the lights on the centuries-old buildings that border the central plaza... 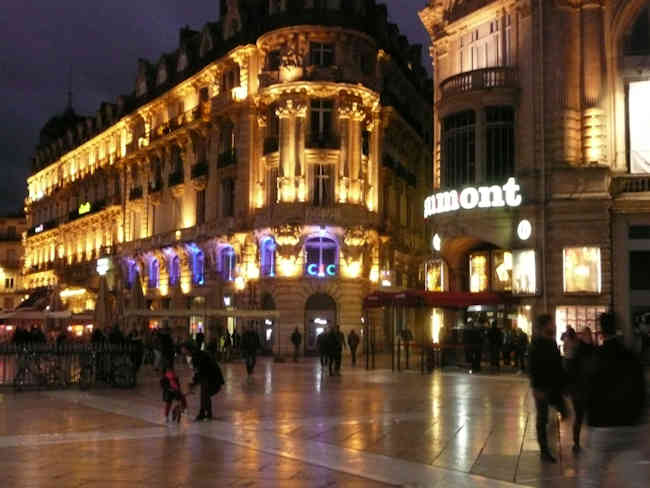 It seemed obvious to me that there was a painting in this scene.

But as we continued our year of traveling to discover where our new home would be...

This photograph gradually became buried under all the other photographs I took that year.

But never pulled up on my computer screen and used either.
Until now.

I thought my use of this photograph could make an interesting case study.

So, I am going to walk you through the steps and the thought process I’m using to create a painting of it.

While using buildings as my subject isn’t something I do often...

The basic problems that need to be solved to successfully paint them...

...are the same as any other subject.

And the basic process for developing this art idea into successful art is the same one I use for every painting.

“How am I going to simplify this scene and create an interesting design?”

These are two of the first vital questions to answer no matter what subject you draw or paint.

Like most photographs, there is a lot of little details in this one.

How many of them do I need in the art?

I need to suggest some detail to create the feel of structures built long ago. But how much detail is just enough?

And stops short of overdoing it?

And how do I answer that question?

The Same Process I Use For Any Art Idea

Most of the time I try to answer as many of these questions as I can and...

...solve as many problems as I can in a preliminary sketch.

BECAUSE it is so much easier...

...and so much less emotionally taxing to make changes to a little sketch...

Than to rush into painting an art idea and then, part of the way through, try to figure out why it isn’t working.

Normally I do a black and white preliminary sketch.

For this painting I decided to do a small color sketch so I could answer a number of important questions at the same time:
1.    The color scheme I wanted to use.
2.    What my star should be.
3.    Which details to keep and which to simplify or eliminate.
4.    And how best to create an interesting design with the light and dark values present in my photograph.

And went to work. 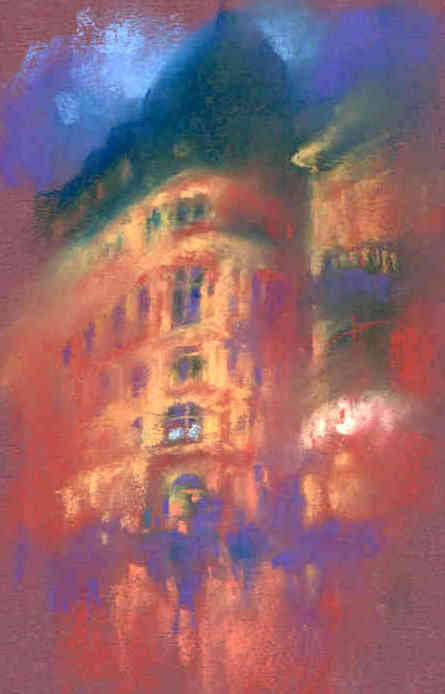 You can see I decided to make the light-lit, curved edge of the building on the left the star of my art idea.

Along with that decision, I felt I needed to greatly simplify the rest of that building that extends to the left...

And I needed to simplify the building on the right.

Because I want to focus your attention on the suggested details I will put in that one vertical area – the star of my picture.

Lastly, I want to emphasize that I reached all these decisions after several hours of trying different approaches.

Putting color and values in, taking some or all of them out again...

Stopping and thinking about what was working and what wasn’t...

...until I finally found the design I liked for my art idea.

P.S. IMPORTANT REMINDER ! This will be the last blog post this month.

I use the Christmas and New Year holidays to rest and recharge my batteries.

So, have a wonderful and safe holiday season yourself.