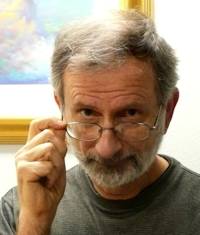 So, is there some secret to being able to paint very little, but say a lot in what you show?

The “secret” is much like the very old joke about the tourist who asks a New Yorker, “How do I get to Carnegie Hall?”

And what you practice as an aspiring artist is a simple little art painting idea.

A simple little artist resource centered around the word “Simplify”.

First, before you ever pick up a brush, ask yourself one simple question. What is the star of this picture going to be?

Once you establish that, everything else in the picture becomes less important. 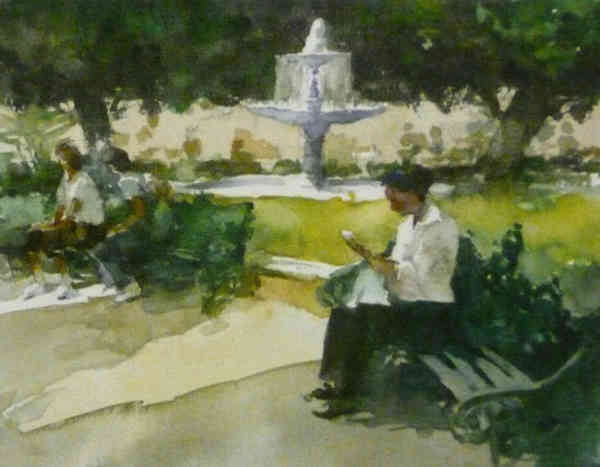 This scene is my interpretation of the photograph I’ve shown you the last two weeks.

And is one more step in my journey of rediscovering watercolor and re-learning how to paint very little but say a lot in that medium.

This scene is from a little park in downtown Guanajuato, Mexico – the Jardin de la Unión. 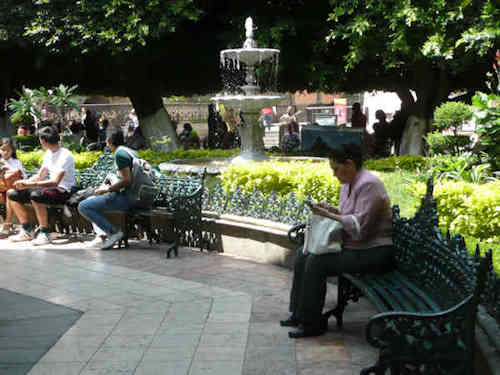 In my original photograph the fountain immediately draws your attention, set as it is against a dark background.

But is it interesting enough to be the star? I thought not.

Instead, I chose to make the woman in the foreground the star. That decision led to follow-up questions like:

How do I draw your attention to my star?  (By making her blouse much lighter for one thing.)

Do I need to show all the vegetation behind her?  (No. Simplify it.)

Do I need all the other people sitting on the left? (No, but I decide to keep the two boys and move them closer together.)

How many of the background people do I need? And should they be as dark as they appear in the photograph?

In other words, how can I paint very little, but still say a lot in what I show?

By asking and answering these simple questions in the beginning I am avoiding the stress of having to decide all those things as I paint.

Because, heaven knows, there are still plenty of decisions to make as you paint.
And discoveries to uncover.

Like finding how to paint very few details but still have objects be recognizable.

I am speaking specifically about my discovery of how the foreground woman’s lower body could be almost completely hidden in shadow.

Without causing an ounce of confusion.

Or how simply the young men on the left could be suggested using only a few variations in tone.

Even after espousing simplicity in this blog for as long as I have as a great art painting idea, it was refreshing to discover how much more I have to learn.

P.S. This is the journey of discovery I wish for you.

How to lessen the travails of creating art by making the process simpler.

All from striving to paint very little but say a lot with what you show.

Learning to do that can become one great artist resource for you.

I’ll tell you more about this in the future. 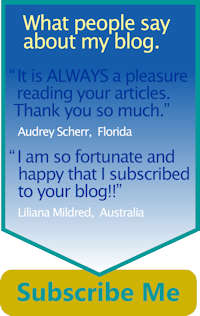